One of the most controversial topics in Christianity has been the question of the Atonement. That is, how are we saved? How did Christ’s death on the cross bring about our salvation?

One of the most controversial topics in Christianity has been the question of the Atonement. That is, how are we saved? How did Christ’s death on the cross bring about our salvation?  I guess the main arguments, have been, did it pay the debt for our sins entirely, was it all covered by the cross, or is there something that every individual human has to pay to make up for part of it? That’s been the debate, is whether or not our good works on earth, make a difference or not. Actually that whole idea is missing from Eastern Christianity. In Orthodoxy we are adhering to an even earlier understanding of the atonement and these questions about works just never came up. The earlier understanding is one you can see actually in our iconography, because an image of Christ on the cross doesn’t show him writhing in agony. It doesn’t show that the horror of what that crucifixion was, rather it shows him looking serene, and sometimes as if He’s almost bearing Himself on the cross, as if it’s a throne. It is His victory, it is His conquering of the forces of evil. The atonement is understood in a much more simple and direct way, in that Jesus went into the realm of death and hell to rescue humanity to bring us back to life. As it says in Hebrews the reason the Son of God appeared was to destroy the works of the devil. So it’s a simpler and earlier idea of the atonement. It begins with the simple fact of of the fall. That because of the fall of Adam and Eve, our ability to hear the voice of God, to remain in union with Him, was damaged, because of our sins. We had gotten ourselves under the power of the evil one. We were being held captive. At death all the righteous dead were filing into the realm of Hades where they would be imprisoned forever and Jesus came to earth to set them free. Sort of like you see in a action movie sometimes, if if the good guy’s friends have been thrown into prison, then he does something to break the law, so he can get into the prison, so he can set them free. Very much like that. In order to free us, Jesus had to go into the realm of death, and that meant becoming a human being, being born of a woman, living an earthly life, and then allowing himself to be killed. We see Him on the cross, not looking like he’s writhing in agony, but looking like a hero. He retains this heroic status in Orthodoxy because we look upon Him as our Redeemer, our Savior, our deliverer who with His boldness, and His power, and His compassion, suffered and died and went into Hades in order to set us free.

The image of the resurrection in Orthodoxy doesn’t look like, you think it might, if you’re looking at European art, where you see Jesus coming out of the garden tomb. In the image of the resurrection, in iconography, Jesus is standing on the broken gates of Hell and he’s pulling Adam and Eve up into life again, bringing them back into life, and that inaugurated our rescue our salvation. You can see that this understanding of salvation actually makes more sense, when you think about the meaning of the word, salvation. It’s being saved, like being saved from drowning, being saved from a terrible fate. It also makes more sense when you think of the Exodus, that if, God delivering his people through the Red Sea is the defining moment of His dealing with the people of Israel. This is an exact parallel, that He sent His Son to lead us to freedom, breaking down the gates of Hades and bringing us once again into His light.

The thing that’s  missing, that fell in later, was the question of, what does it take for God to forgive us? Who pays the debt? There’s this big pile of sin. It’s more than any human being could pay. How does that get paid? Then the following centuries of debate about whether the cross was enough to pay for all of it. If it was going to be enough to pay for all of it, then you almost want to see bloody, horrible, agonizing crosses, crucifixes, where you just see how much Christ is suffering, to make you feel like, “Okay, now I know it did cover all the sin.” It was that question or is there still something that we have to do, in order to make up part of the debt? For the early church, and for the Eastern Church till today, there never was a question about it. We just believe that God forgives us. He forgives the sin. He doesn’t ask anybody to pay it. It’s like if you owed your friend some money and he said I forgive the debt. That doesn’t mean you have to get a third party to pay it for you. It means that he lets it go. One of Jesus’s parables is about there was a man who had two debtors and one owed five dollars and one owed five million dollars and he forgave them both, and that’s the end of the parable. God just forgives us. When the prodigal son comes home again the father just wraps him in his arms and welcomes him home. Now that prodigal had used up a lot of money he had damaged his father’s dignity and his respect. He had done a lot of wrong things, but the father doesn’t ask him to make up any of it. He just welcomes him home and that’s the end of that story.

So that’s the way Eastern Christianity looks at the question of our salvation. God just forgives us for free. He doesn’t ask anyone to pay the debt for those sins, but we had to be rescued. We’ve made ourselves captives of the evil one. We’ve gotten ourselves enclosed in the prison of death, through our sin, and through our perpetuating sin, generation after generation, finding it impossible to resist. We had to have Christ go into the realm of death to set us free. That’s why we love the cross, that’s why we love the resurrection. 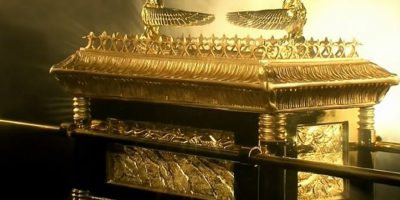 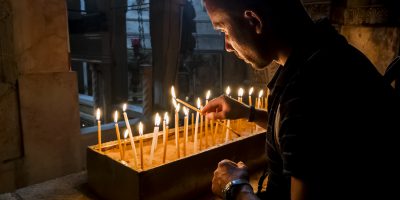 Theosis Part III: The Energy of God in You 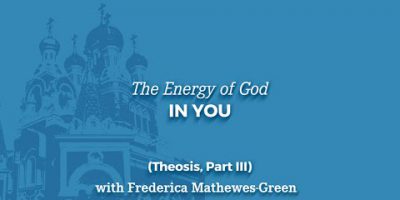